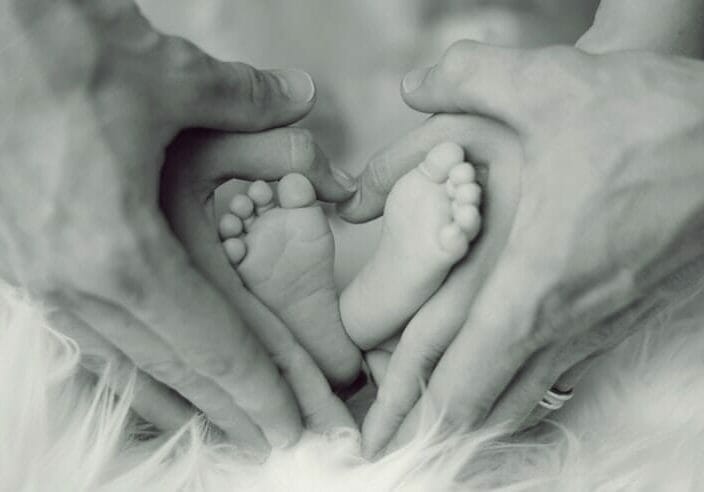 .
The filiation derived from the figure of surrogacy is currently one of the most controversial issues that we find in the field of Family Law. This issue, which presents a myriad of opinions of both ethical and political significance, has a very high technical and legal complexity and valuation that brings with it a plurality of different responses by the agencies responsible for parentage regimes, both in the Directorate General of Registration and Notaries and national and supranational justice agencies of the States, such as the Court of Justice of the European Union or the European Court of Human Rights.

This has led to the existence of as many responses as institutions, being the legal framework of this figure somewhat chaotic, since if from the beginning it already presents complexity, the various responses given by these instances that do not converge in a middle ground, much less in a rapprochement of positions, generate great uncertainty about the future of both children already gestated, as those who will be gestated if there is no way to avoid it or at least to regularize it.

Situation in Spain regarding Surrogacy

.
The Spanish legal system, like many other surrounding States, such as France, Italy, Germany or Sweden, conceives this figure as a civil wrong, establishing the Law 14/2006, in its article 10 first paragraph that «The contract by which the gestation is agreed shall be null and void, with or without price, in charge of a woman who renounces to the maternal filiation in favor of the contracting party or a third party», gathering the sanction to this illicit in its second paragraph «The filiation of the children born by gestational surrogacy will be determined by the birth», that is to say; through this mechanism in our legal system becomes null the contract signed, in most cases with the agency that promotes these services and secondly, does not allow that one of the contractors of this contract can claim parentage, thus respecting the rights of the surrogate mother with respect to the child born of such contractual relationship.

In spite of the Spanish legal system being so categorical, due to the plurality of opinions that have been formulated in our institutions, we find two theses to face this legal situation, the thesis followed by the General Directorate of the Registry and Notary Public and the one adopted by the Courts.

These two instances, with an eagerness to repair, since in most of the occasions the contracting parties carry out the surrogacy contract in another State which protects this figure, escaping in a certain way from the Spanish legal system, make the illicit fact assumption finding difficulties to bring the child to Spain due to the impossibility that exists to register the person in the Spanish Civil Registry in the name of the two contracting parties, because the filiation is assigned to the surrogate mother in the eyes of our legal system.

What does the DGRN say?

.
Based on such circumstances, the DGRN establishes that the criterion that should be followed would be the one set out in 2010, in its Instruction of October 5, in which it allows the filiation to be awarded to both gestating parents, far from what Law 14/2006 says, as long as the parents provide a judicial decision that has been issued by a competent Court of the State in which the minor was born.

This judgment must include both the filiation in favor of the intended parents, as well as the consent of the gestational mother.

This thesis, which is still applied today, is based on the protection of the minor and on the need for the public authorities to guarantee women adequate protection against the danger of abuse of situations of vulnerability.

As long as there is no international framework on surrogacy, the protection of women is rather doubtful:

This regulation, among others, we can find it in the Instruction of February 18, 2019, of the General Directorate of Registries and Notaries, on updating the registry regime of the filiation of those born through gestational surrogacy,

On the part of the Supreme Court, based both on the Law and on the principles and values that govern our system, it would not be possible to violate the dignity of the pregnant woman, due to the commercialization of her body, nor the violation of the filiation, and also stating that the commercialization of the filiation cannot be left in the hands of intermediaries who carry out business of such services.

Finally claiming that it has created a citizenship census in which only those with high economic resources can establish paternal-filial relationships forbidden to the majority of the population.

.
Today, we find that in various orders of all instances, this ruling is normally used to dismiss appeals or cassation appeals, with this doctrine being uniform in all the jurisdictional bodies of the State.

These two theses are currently in a constant tug of war due to the fact that the Instructions of the DGRN can give one answer and the Courts another, generating a great legal insecurity for the people who suffer such circumstances, in spite of knowing the illicit that it supposes.

On the other hand, there are not few existing political proposals about the figure of surrogacy, but given the passivity of the legislator we will continue to face this limbo that does not allow legal operators to act in a unified way or families to know the best course of action.

If you are interested in learning more about family law, we have other posts on these interesting topics:

Differences between shared and sole custody and guardianship

Is it necessary to pay child support to children of legal age?

Support payments in the state of Alarm

Lawyers at LAWYOU, will help you

.
In LAWYOU we have lawyers with many years of experience in different branches of law, including surrogacy. If you have any doubt or legal problem, do not hesitate to contact us to tell us about your case through our email info@lawyoulegal.com or, if you prefer, you can also call us at info@lawyoulegal.com. 602 226 895.