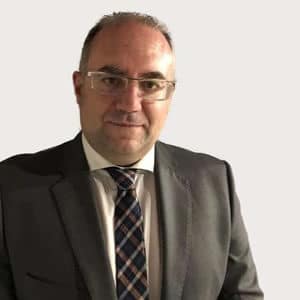 Undoubtedly in the times we live in, the greatest concern and fear of the world’s population is a simple word: contagion.

But can a person who infects another person be charged with a crime for such an act?

.
Let’s see what the Spanish legislation tells us to that effect.

Articles 147 and 152 of the Penal Code regulate the crime of injury. And such concept is extensible and applicable, according to the jurisprudence of the courts, to contagion. Summarizing, we can say that, when a person infects another, intentionally (willingly) or recklessly on his part, he may have to answer criminally for such fact.

This may be important when assessing certain situations such as those that are on everyone’s lips nowadays. Nursing homes, hospitals, are the first places of battle to which we all look, with admiration first, but with responsibility in their performance later.

What would be the practical difference between malicious or reckless contagion then?

.
A fraudulent offense of contagion or transmission of the disease, we can find patients, who, being diagnosed with the disease, refuse to be admitted to hospital, and in his refusal or rebellion, spits or coughs on health personnel or law enforcement officers, as we have already read in the press, in some cases.

In this case the requirements for such fraudulent behavior would be met: the carrier knows that he has the disease, knows the risks of contagion and of possibly infecting third parties, and knows perfectly well the means by which he is infected. And knowing that, he executes each of the necessary steps to produce that contagion. These are the requirements established by law and jurisprudence for the crime of intentional contagion.

At the same time, there is the crime of contagion by imprudence. Here what characterizes the criminal type is that the carrier knows that he has the disease, its modes of transmission, but at the time of taking care of the work or contact with third parties, due to imprudence, carelessness or negligence, he manages to infect a third party.

Let’s imagine an old people’s home, which we will take as an example because it will allow us to develop perfectly what has been explained above.

Suppose that a worker is infected, due to the lack of Personal Protective Equipment, masks, screens, gloves etc, that the employer or state has to provide to workers.

.
Second assumption, that the infected worker aware of such a fact, does not take the necessary measures to protect the people with whom he comes into contact, not for not possessing such means, but by recklessness by negligence, in the protocols of action and work for not doing it correctly, and that due to it the equipment that he carries to avoid the contagion loses its purpose and its level of protection, by a fact as we say only imputable to him, not to carry out correctly the required and implemented protocols, or directly not to do all or some of the protection requirements and that only by his fault the contagion is produced. We would be in what we defined before as contagion by imprudence.

Finally, it should be pointed out that if the infected person dies as a result of any of these cases, it could result in the crime of homicide.

In summary, the contagion of COVID 19, can become the subject of criminal reproach, according to our legislation, although it is true and it should be noted, that being considered a pandemic that is to say that the disease affects more than one continent and that cases in each country are caused by community transmission and not only extra-community, the success of the judicial process will depend on the ability to prove the who when where and how.

Do not hesitate to contact us to tell us about your case through our email address: atencionalcliente@lawyoulegal.com or, if you prefer, you can also call us at 602 226 895. Or you can leave us your detailshere.